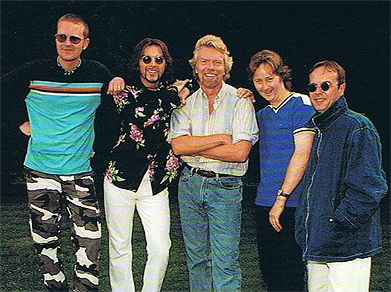 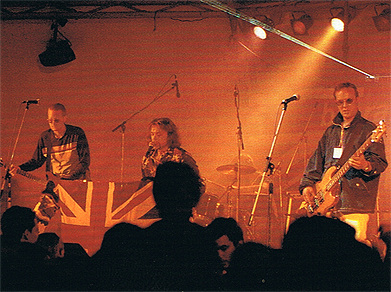 Let Me Entertain You

Let Me Entertain You

A feature in The Sunday Times described Blurasis as an act who were guaranteed to give a great show, with every song in their set being a classic. They are quite simply the best in the business.

Blurasis, currently one of the most succesful acts on the University circuit, have recently branched out into corporate events with resounding success. After playing at a Christmas ball for Virgin Atlantic, Richard Branson booked them for all five of his private staff parties at his Oxfordshire home, where they entertained over 30,000 Virgin employees, and where their performances were described as the highlight of the event.

The Chief Executives at Pfizers Pharmaceuticals were so impressed with the band at a training conference that they flew them to Florida for the company's International Conference.

Which is hardly surprising considering the band play the Greatest Hits of Britpop. Everybody knows songs like Parklife, Wonderwall, Roll With It, Tub Thumping, Song 2, Alright, Common People and even Vic Reeves's Dizzy!

We hire in whatever is needed.

South East based and will travel to these areas: South East, South West, Midlands, Wales.

Virgin, Pfizer, every university in the UK,

"The band must be doing something right to get everybody on their feet!"
Paul Coyte - Virgin DJ

"I haven't seen energy like that since I saw the Who in the sixties. It makes a nice change from watching bands in dickie bows who spend more time looking at their watches than the audience." Pfizers Pharmaceuticals company director.

"What a party..... when I booked Blurasis I was a bit worried when that some of our senior members of staff might find them a bit raucous. In fact the older members of the company turned out to be the ones who knew all the words and danced the wildest!" Stuart Fuller, from Mercury Communications

Everybody will know every song as they are the spirit of the British 90s.
Amazing band.