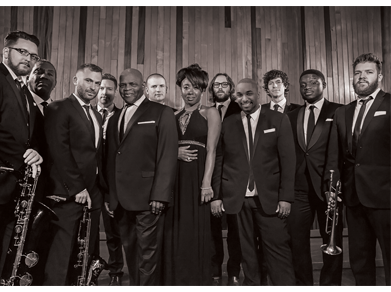 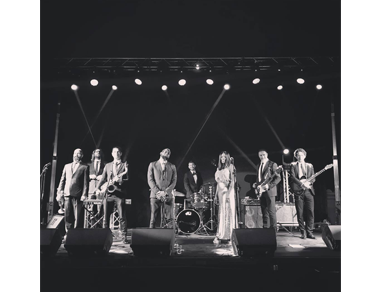 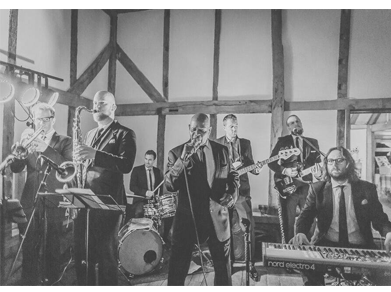 Midnight Soul Orchestra is the UK's hardest hitting and most authentic sounding soul band. We pride ourselves on replicating the Stax and Motown sound from the 60s, taking our inspiration from artists such as Ray Charles, Otis Redding, Aretha Franklin and James Brown. Midnight Soul Orchestra's musical pedigree is unparalleled, with each member having either recorded or played live with the biggest names in contemporary pop, including Adele, Beyonce, Amy Winehouse and Ed Sheeran. Our musical director doubles as a Grammy-winning record producer.

Over the past six years, Midnight Soul Orchestra has played prestigious shows all over Europe, the Middle East and the UK. We regularly feature at some of London’s most prestigious venues, including the world-renowned Annabel's club in Mayfair, the Jazz Cafe and various Soho House venues, including opening parties at both UK and European Soho House locations. It has been our pleasure to have been partnered with or have represented a broad spectrum of corporate brands, including The James Bond Franchise, Disney, Debenhams, Marks and Spencer, Gillette, Morgan Motors, L'Occitane, HSBC, the PGATour and WACL. Privately, we've played events for some of the worlds most prominent A-list celebrities, including actors, directors, fashion designers, sportspersons, musicians and many of society’s highest-profile couples.

Our mission is simple: to provide a high-octane, dance floorfilling show, showcasing some of the classiest music of the 20th century. By sticking unwaveringly to this formula, we’re able to deliver a level of authenticity that competing acts simply can’t come close to.

We can add musicians up to a full 14 piece band.

We offer a duo or trio (instrumental) for a dinner or reception jazz option.

South East based and will travel to these areas: South East, South West, Midlands, Wales.

"Thank you Midnight Soul Orchestra for making our 75th Anniversary party! The dance floor was packed all night long!"

"I saw Wilson Pickett in 1967 and the Midnight Soul Orchestra were every bit as good!"

Guaranteed To Fill Your Dance Floor
The Most Authentic Stax And Motown Sound Around
We play all the soul hits you'd thought you'd never hear live again.