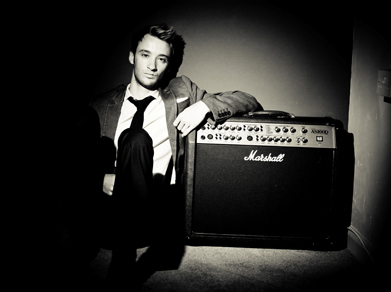 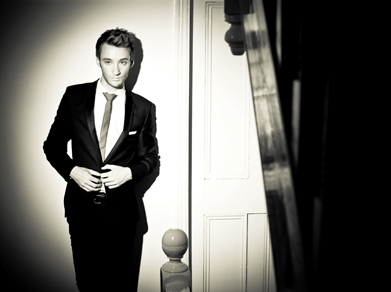 Saw Her Standing There

Saw Her Standing There

Aged just 23, Tom W is Nottingham's most prolific performer, racking up close to 220 gigs in 2008 alone and matching that feat again in 2009. His unmistakeable powerful, raspy vocals and pop sensibility have served him well on the live scene, where he currently holds residencies at the University of Nottingham and Pandora's Box (formerly Snug Lounge Club) as well as, from March 2010, appearing regularly at London's celebrated Mahiki in Mayfair.

In February 2010, Tom and his band released his long awaited debut EP "Another Late Night" simultaneously on ITunes and Spotify, as well as a 500 limited-edition first run that sold out in a matter of gigs and is in its second pressing.

Tom has been working full time as a singer/guitarist/frontman the age of 16, learning the trade and serving his apprenticeship with his first band 8 Idle Hands, supporting rock legends Slade and The Sweet along the way. Since disbanding them in 2006, he has worked closely with acclaimed songwriter Tim Kellet (Simply Red, Olive) and producer Steve Bush (Stereophonics) on songs for Tom's own catalogue, supported his teenage idol Mark Morris of The Bluetones, as well as playing session guitar, most recently playing on the demos for James Morrisson's "Songs For You, Truths For Me" album.

With an average age of 22, the Tom W Band are the sharpest and slickest young band on the circuit. Consisting also of Dave, 18 on lead guitar, Joe, 23 on bass guitar and Rich ,21 on drums, the band invoke the spirit of The Beatles with the ultra pop sound of Squeeze, making them a favourite on the University Ball scene as well as private parties and functions.

Tom has worked for the following clients over the past two years:

“Singer and guitarist Tom is already well known in certain areas of the live music sector and, appearing here alongside his backing musicians, he proved what a fine performer he is. An acoustic version of the soul classic My Girl certainly made for interesting listening and the set was one of the highlights of the day for this reviewer.” — The Stage Magazine, (December 2010)

"Alex,
We can not thank Tom enough for his performance at our Wedding. Everyone commented on how much they enjoyed his set. Its amazing how a young man with a guitar can command a large room full of guests, he was brilliant. Here is a lovely picture of him on the night. We have already emailed Tom to say thanks.
Regards
Helen & Craig" (Wedding Sept 2010)

Absolutely superb. Never in all the years we have been having acts on for our summer balls have I seen a crowd react like they did to Tom. We will definitely be booking him for our Christmas party.

Hi Rick,
Yes thanks, Tom was great and it was a really good night. Thanks for all your help.

"At the tender age of 22, local troubadour Tom W has joined forces with a
crack band, reinvented the concept of the extended play and serves up
four slices of self-penned power pop. The mellifluous All I Need
showcases our man's vocal maturity: it's dripping in harmonies and has
the deftest of guitar solos… a rarity these days.

Up next is the funky Be Another Night... all electric piano and attitude (think Good Enough by Dodgy), which begs to be heard poolside. Track three, Let Your Love Shine Out is, the sleeve notes tell me, another Tom's original. I say that only because I'd swear it was a long-lost floor-filler from Wigan Casino,
complete with an uncanny Weller-esque vocal. My Door Is Open
slows things right down and if Tom ever dreams of playing arena gigs
(and why not?), then this is the one where the lighters come out. An
assured debut, which promises good things to come."

Young and good-looking band with stylish appearance and cool, professional attitude.
Eclectic song catalogue that entertains and caters for all ages.
Lively and inclusive stage show.