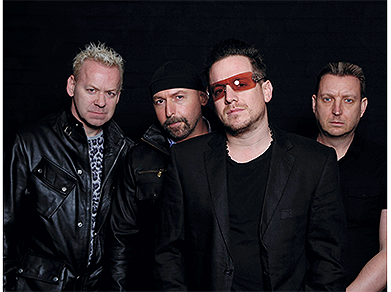 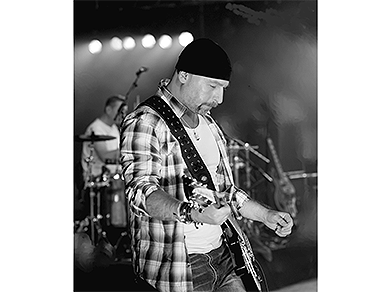 Where The Streets Have No Name

Where The Streets Have No Name

U2 Tribute were formed by current members, way back in 1993 and during the 90's, they became the most successful U2 tribute band in the world, even getting to play alongside U2 at Feyenoord Stadium in 1997. They've played over a 1000 shows and been featured on many TV & radio stations, with some of the sessions being broadcast worldwide.
After reforming in 2008, the band have been busy gigging in Britain & Ireland and also signed a three year contract, to perform in theatres across the country. Last year alone, they were chosen by Blackberry to help promote their latest cell-phone and also performed in Sheffield's Meadowhall, as part of the 360/U2 tour experience, where many people thought it was the real thing, as both BBC1 & ITV1 lined up to interview the band. In 2010, they broke new ground in Ireland, helping to raise thousands for Irish Cancer relief. They will also be working again with Keith Duffy of Boyzone, to help out with other charity projects.

'Eire's favourite U2 band' Ger/Old Oak - Cork
'Ya's only need the sound guy Joe stood next ta ya's!' Keith Duffy - Boyzone
'I've just seen Adam's long lost brother' Bono - U2
'The best U2 show in the world' Ian Barton - Promoter
'I hate tributes, but this one is something special...real musicians too' Joe Dudziak - Sheffield Studio owner/P.A. company/ Promoter
'You guys saved me earlier...I stood there and said, there's U2!' Brain Robertson - EX Thin Lizzy
Thank you so much to the best U2 tribute band concert we have ever seen on 22.5.10 at Malvern Theatre, Worcestershire Fans
U2 tribute band brought in Magnificent crowds
U2�s tribute band, brought in the crowds to Meadowhall Shopping Centre yesterday, in the build up to the legendary band�s sell-out gig at Don Valley Stadium: the penultimate night of the European 360 degree tour.

Fans flocked to Meadowhall to hear the tribute band, billed on the recent Blackberry 360 nationwide tour. The tribute band, headed by local lads Frank and Luke wowed the crowd with U2�s international acclaimed hits including Beautiful Day; I Still Haven't Found What I'm Looking For and With or Without You Sheffield Meadowhall Managers

"Even better than the real thing? Maybe not, but they were pretty good, and the popularity of this tribute act at Meadowhal this morning made one thing clear; U2 fever has well and truly come to town.
BBC1

We play the songs note for note and are musicians that are original artists in their own right.
We use self-recorded sequencers that match the original work of U2 closely.
We use top of the range equipment and all songs are performed in their original key.