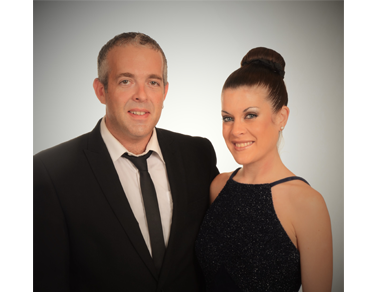 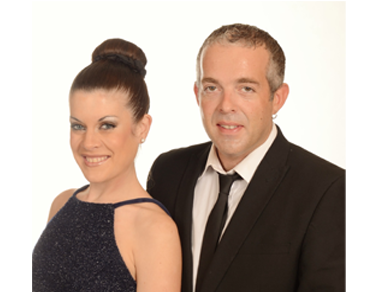 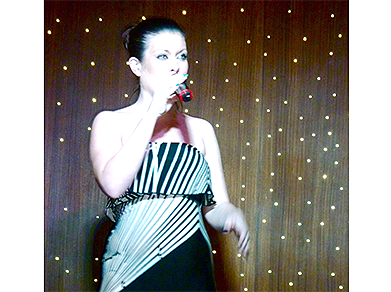 Baby I Love Your Way (Live)

Baby I Love Your Way (Live)

The Electrix duo is formed of two out-standing musicians and performers. Both have a huge amount of experience in many different musical avenues. They offer a wide range of music to suit all audiences. They are the perfect background music, but with their extensive repertoire, they are also perfect for any party and will keep people on there feet!
There repertoire ranges from gentle jazz ballads to toe tapping tunes and powerful rock.
Most importantly, this duo love to entertain. They are constantly updating their repertoire and are always happy to discuss new songs for their set list, to suit any event. They're extremely flexible and helpful and they will tailor their set to suit your exact requirements and even learn your favorite song!

Tara has been a performer and vocalist for as far back as she can remember. She began singing and performing in Musical theatre. At just 13 years old she made her debut into London�s west end. She had the privilege of going on to perform in The London Palladium, The Dominion theatre and Her Majesties theatre.
More recently, Tara began to move her career more toward music. She has spent the last 5 years performing around the UK, Europe, Asia and America with a few different bands. She has worked for Disney cruise liner, p&o (the ventura) and p&o ferries. She has also performed at some of the UK�s top universities, including Cambridge, Oxford and Bristol.
Tara has loved being involved with the London music scene. As well as being a lead singer of several bands, Tara has also loved performing as a backing vocalist for some top London based artists, and performing in some of London�s most famous venues including The Jazz Caf�, Ronnie Scotts and Kensington Roof gardens.

Kevin�s love for music began when he picked up a guitar at just 4 years old, but he didn�t stop there, at just 7 years old he began playing keyboards as well. His collaboration with other musicians started at 9 years old, when he joined his first band.
Kev started his own band, �The Electrix� at 19 years old. The band has had a world of success, appearing at Haven, Pontin�s, Butlins and many more. The Electrix then moved forward and became backing band to artists such as Jimmy James (Jimmy James and the vagabonds) and Bucksfizz.
Kev�s musical flexibility also took him playing keyboard with �The Circus of horrors�. He spent 8 years travelling around the world in top theatres and even being part of their stadium tour.
After years of touring he decided to take The Electrix travelling on P&O cruise ship, The Ventura. The band backed many different artists including Clem Curtis (The Foundations) , 80�s star Jackie Graham and X factors 2nd runner up, Journey South. They also backed tributes, including the top three winners of BBC�S prime time TV show �The one and only�.
Kev was also part of the Boogie nights tour playing keys, backing artists such as The Osmonds, Andy Abraham and Gareth Gates.

Wales based and will travel to these areas: South West, Midlands, North West, Wales.

Good evening Alex
Thank you for setting up the music with the duo Electrix you were so right about how good they were. Absolutely Fantastic singing by Tara and the guitar playing by partner was fantastic and perfect, they sang great party songs and all of us stayed on the floor dancing. They were so helpful and a pleasure for us to have. I would recommend the band for any party, everybody commentated how great it all was.
Dec 2016

Without doubt one of the finest and most exciting musical outfits you will see ANYWHERE!

An absolute please from the breath taking vocals to the absolute mastery on guitar.


One of my favourite acts.

Currently on P & O Ventura. The most professional and hardworking act, from all entertainment of the 18 days we spent on the ship. Excellent in every set.

'The Electrix duo were fantastic. They were lovely people and helped make our wedding special by learning our first dance. They played all 2 sets and kept people dancing throughout. Very talented people, who obviously love what they do.'
Ruth and Stephen, wedding, November 2012.

'We had this duo perform at our office party. They played everyone's favorite songs and made each song there own. They were very flexible, and quiet setting up. We will definitely be hiring them for next year's christmas party!'
Craig Johnson, private function 2012.

'The Electrix played at our wedding in March this year. I would like to send a big thanks to them. I completely forgot to tell them about the first dance, and they didnt find out till the day before. But this didn't matter, they came along and played our first dance like they'd known about it for months. Big thank you guys!'
Emma and Richie, wedding, March 2013.